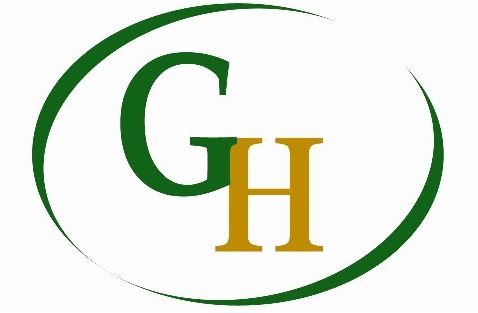 CHIANTI, A PARADISE TO DISCOVER

The rolling hills of Chianti

Tuscany is located in central Italy and the center of Tuscany, between Florence, Siena and Arezzo, we find the Chianti – a fascinating hilly area, in its diversity, not least the famous cities including ranges. The name “Chianti”, a synonym in the world also to its prestigious wine, is currently used to designate areas of land bordered otherwise. then it must do some ‘clarity. Under the geographical aspect, Chianti is a plot of average high hills that stretches for almost twenty kilometers (north-south-southeast roughly trend). Its highest point is Mount St. Michael high 893 meters. E ‘bathed by five rivers that give movement to the configuration with their valleys Pesa, Greve, Ombrone, Staggia and Arbia. In terms of history the name should be attributed only to the municipalities of Gaiole, Radda and Castellina (called just “in Chianti”) that is, to the territories that made up the ancient “Florentine Military League of Chianti” and that he had for the Black Rooster emblem. More modern, even by virtue of the law on wine names, with the expression “Chianti” will include the territories of the three municipalities of the “League” that Florentines as San Casciano and Tavernelle in Val di Pesa, Greve, and part Barberino Val d’Elsa, Siena as well as those of Castelnuovo Berardenga and Poggibonsi. Only the wines produced in these municipalities can boast the name “Chianti Classico” and are marked by the famous Gallo Nero label.

When viewed from a hill, and the heights there, the silver of the olive trees, the green geometryÂ of the screws, the streets underlined by cypress trees, the yellow gorse with the limits of theÂ woods formed paintings so beautiful and harmonious to do to assume a ‘unique inspirationalÂ mind .Â This would be enough to entice anyone to know this territory, indeed the ideal tour ofÂ Tuscany should from his heart, precisely the Chianti, and then spread to other Famous touristÂ locations around it, to better understand them.Â The roads in Chianti is very good today and theÂ streets fortunately not invited to the speed, but to enjoy the landscape in a succession of upsÂ and downs.Â Florence is a great place to start state 222 Chiantigiana New from Ponte a Ema.DaÂ Siena take the Chiantigiana Vecchia avoiding the highway to Florence, and then rejoin theÂ Chiantigiana new.Â Interior fittings with smaller locations can provide knowledge of the touristÂ stimulating the surprise and the desire to stop. It not for nothing is alluded to even territory asÂ “Chiantishire” or the county of Chianti to the large number of foreigners, of course, not only theÂ British, who are in permanent residence.Â Indicate a place of Chianti is doing injustice toÂ hundreds of others, however, one can not but mention the Badia a Passignano, beautiful andÂ ancient seat of Lega del Chianti, easily reachable from Florence-Siena, the tiny hamlet of soÂ suggestive Volpaia as to suggest a movie set, and the mighty, historic castle of Brolio alreadyÂ residence of the Grand Barone Ricasoli, the inventor of modern winemaking.

L ‘ancient territory of Chianti, already Etruscan then Roman, rich in thick forests, water and game had an almost most mountainous hills that although with modest peaks. At the edge of the major roads, it was very accessible and this has to some extent place sheltered from the great barbarian invasions after the fall of the Empire. From the Middle Ages to the Renaissance was, however, a continuous field of battle and skirmishes between the powerful towns of the cities of Siena and Florence, contending that land. Of these clashes and battles are faithful witnesses to the many castles and fortified villages, which are also found within easy reach of each other, because of reciprocal control that the feudal wars, required. Castles, villages and small towns, country houses, churches, Renaissance villas, often half-hidden by woods and valleys, built in stone emerged as natural elements of the landscape: jewels which partly offer even in the eyes of a discerning visitor. When the medieval lords ceased to wage war, some valleys were cleared and made suitable for agriculture: forests of chestnut and oak, as well as olive groves and above the screws. All highly specialized quality crops, which contribute today to the richness of the Chianti area.